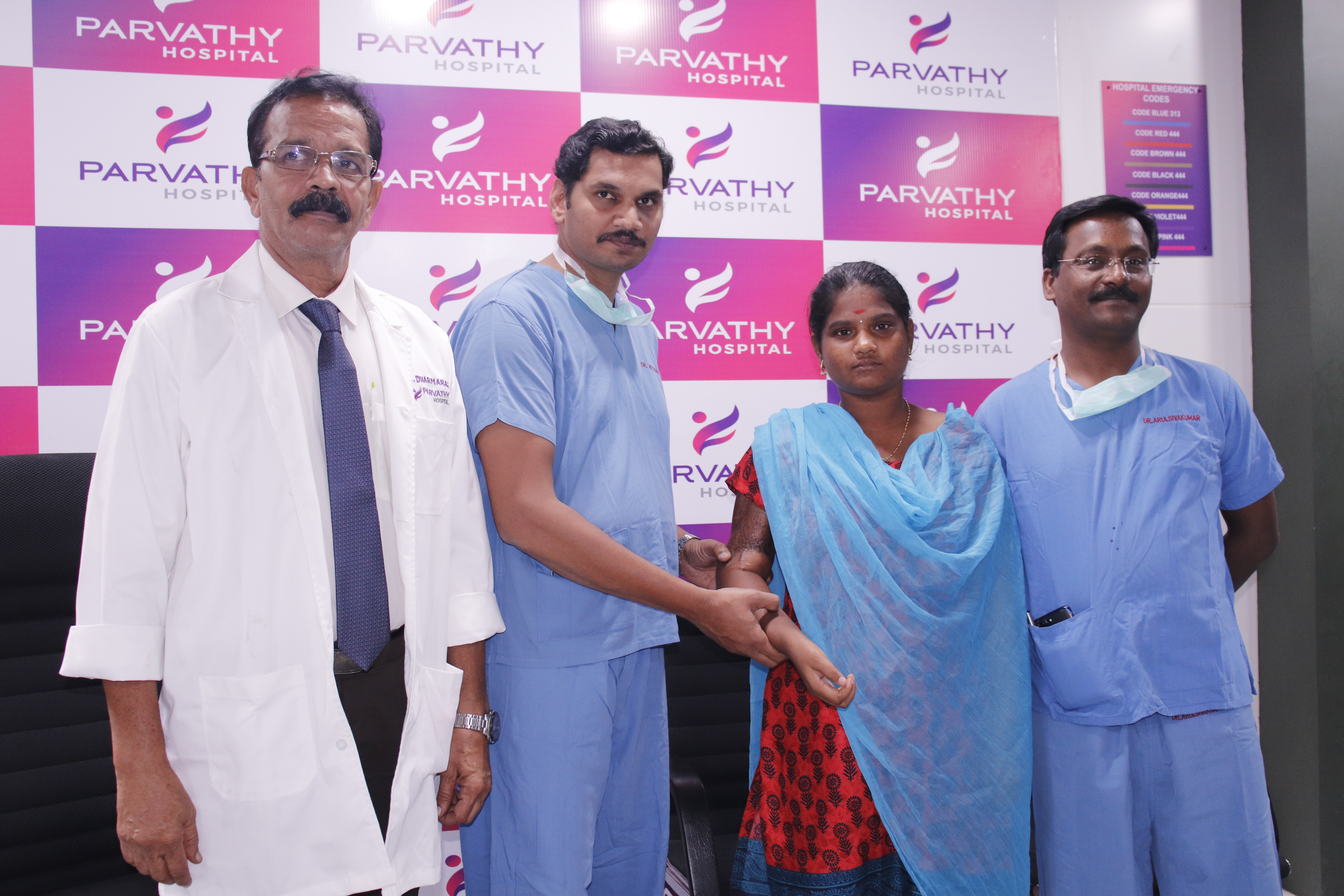 The young female patient, Ms. Ponniyammal, a resident of Kancheepuram, had earlier met with a road accident sustained serious crush injury. She also suffered a nerve cut and was unable to move her hand and lost her sensation. A team of orthopaedic doctors, Plastic surgeons examined the patient and found her right upper limb sustained crush injury and radial nerve injury. A comminuted compound fracture of right proximal humerus with wrist drop was also diagnosed and series of surgical procedures done.

Elaborating the procedures, Dr. Mithun, Sr. Orthopaedic Surgeon, Parvathy Hospital said, “The patient was observed with a complete right arm crush and had loss of movement as well as sensation. Initially temporary stabilization of fracture done with external fixator and series of wound debridement procedures were performed by plastic surgeons’ team for removal of necrotic tissue and to promote wound healing, stage by stage in her right arm. Such debridement procedures were necessary to remove the dead material in her arm. Later SSG, the split skin grafting procedure was performed to cover deep structures, restore dynamic function of the arm and to prevent joint contractures”. 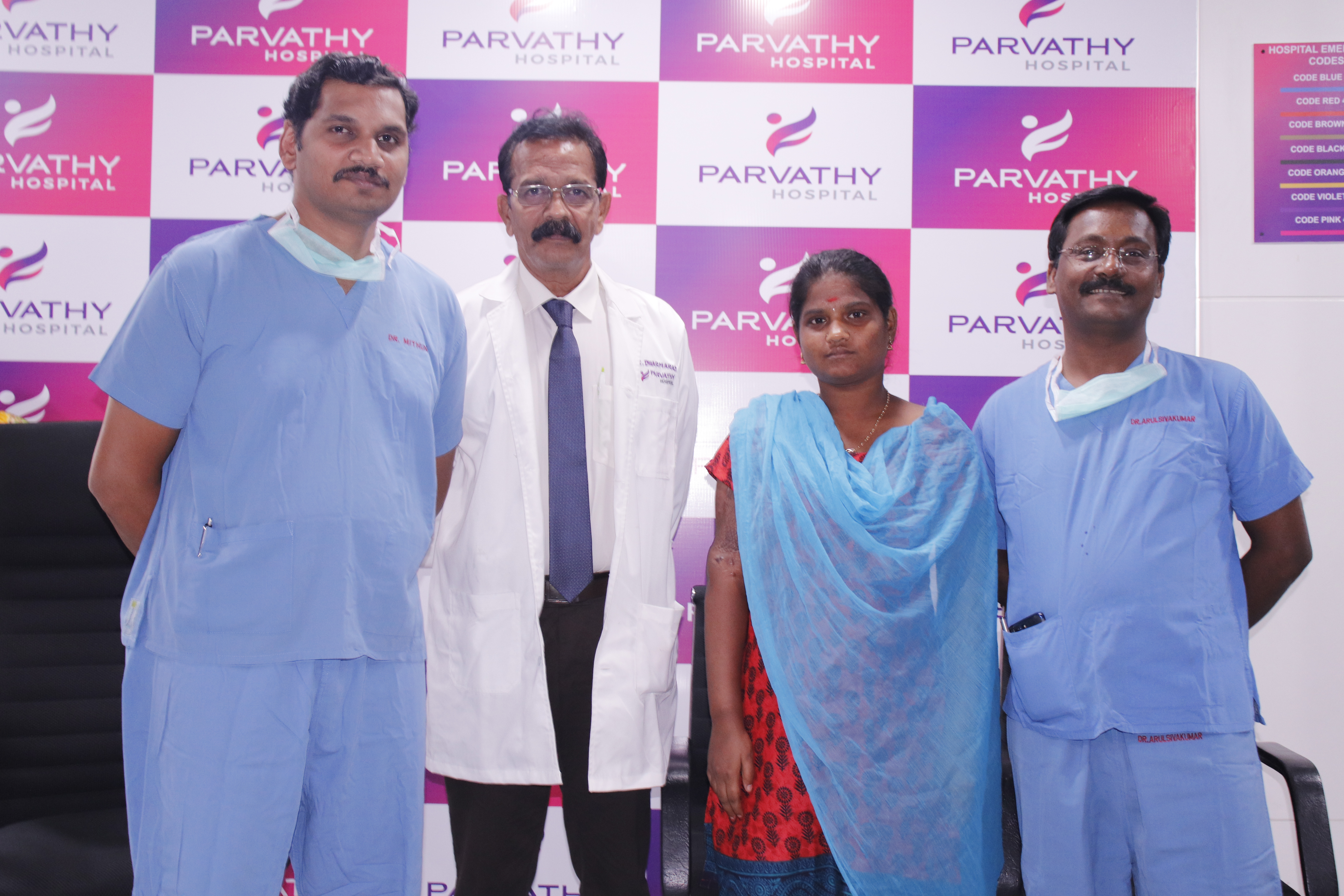 Further Dr Mithun said, “After a month of observation, an Open reduction and internal fixation (ORIF) and bone grafting was performed to reconstruct the broken bones to bring them back to the normal position. This is an extremely complex situation in which we had successfully operated to heal properly and to regain normal function of her upper limb.

Dr. Dharmarajan, Director of Orthopedic Surgeon, Parvathy Hospital said, “The treatment procedures were safe, rapid and very cost effective. It was a challenging task to reconstruct and to regain the mobility inspite of severe crush injury with nerve injury. We finally saved her crushed arm, the comminuted fractures healed well with reasonable functions in her upper limb. With these procedures, we avoided any kind of upper limb amputation thereby saving girl’s future”

Speaking on her recovery, the patient said, “In spite of severe crush injury (for which amputation was suggested in other hospital), Doctors at Parvathy Hospital performed treatment by which I regained my upper limb and able to move my hand. I am confident that sooner I can resume my natural work.”

Fungus – a friend and a foe